Anger management for women is often bound up in shame. The Western culture in which we live places women in a double bind when they speak up, especially at work, sometimes labeling them angry, loud or pushy. 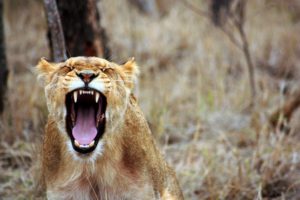 Female managers, for example, are expected to produce, but if they demonstrate overt anger or disappointment in low performance from colleagues, the discussion behind their backs can quickly become very misogynistic. How do you maintain both your “feminine” side (the cultural expectation) while being expected to present as “tough and decisive”–traditionally male assigned characteristics? Do you even want to? Or need to?

Anger management for women is about honing the skill of recognizing shame triggers. If you can recognize them, you have the opportunity to decide how you will address them instead of finding yourself either frozen with disbelief, or reacting in a way that undermines your goals.

The first step in awareness is to look at unwanted identities that are being foisted upon you. This story nicely illustrates a double bind that i experienced. I recall being at a hotel in New Orleans once with a group of friends for whom I had made the reservation early enough to be assigned rooms with a pleasant view, and staff had assured me of this location on the phone. A fellow I was dating at the time was with our group, and he became dismayed that I insisted upon that promise being fulfilled when the clerk attempted to place us otherwise, with a lovely view of the brick wall in the alley. I was not rude, just firm. His take was that I was more forceful than he could handle, and “abrasive” in my insistence that the reservation be honored as previously promised.

So here is a perfect example of being caught between two worlds: the soft feminine one where I was to demure at the slightest disagreement with our stance so I don’t cause a fuss, and the world where I assertively insist on an agreement to be honored. What would a man do? I’m certain it depends on the man, but I also know he would not be thought any less of for asking to have the contract honored. The assigned unwanted identity is that of loud mouthed, pushy, too-mannish, not-feminine-enough person.

THE DOUBLE BIND IS BEING EXPECTED TO PERFORM IN MY “ASSIGNED” GENDER ROLE OF SOFT SPOKEN AND FEMININE WHILE ASSERTING MY EXPECTATION THAT MY ORIGINAL RESERVATION REQUEST BE HONORED.

It was impossible. This is the part where I feel like the picture–like the lioness roaring in frustration. I lost weight that day–about 165 lbs worth. This also brings to mind how you might express your anger.

In another example, a friend emailed a picture of herself to her sister across the country. In the image, she appeared very joyful and carefree while riding a motorcycle with her guy. She was having a glorious experience. You know what her sister’s first response was?

“WHAT’S WITH THE GRAY HAIR?”

Ouch. Age shame trigger. How dare you do something so fun and “dangerous” at your age! Perhaps a little jealousy in play? Who knows. These shaming micro-triggers happen all of the time, particularly in the media. Try increasing your awareness of them for a week. And consider what you might offer in response. This woman’s response was amazing. She laughed and tossed it off with the comment “I gave up that torture a long time ago” referencing coloring her hair. This had the effect of diffusing her sister’s comment, letting her know it was not an issue for her, and putting to rest that aging is an undesirable state she must deny.

I love what Brené Brown says to ask ourselves about these unwanted triggers:

Increasing your awareness of these three questions and understanding how you want to be perceived is a good start towards learning better ways to respond in the moment.

P.S. This is also, frankly, a feminist issue. Women, as Jennifer Lawrence pointed out so eloquently in her essay for Lenny Letter about salary negotiations, are supposed to be “nice”. We’re not supposed to play hardball, step up to criticism, come out guns blazing, or stand our ground. We’re culturally expected to couch any self-expression within apology, humility, and gentleness. Being assertive is not part of our set of cultural weapons, but it damn well should be. If you avoid conflict because, on some level, you believe it’s not ladylike to get involved in deep, dirty fights, you may be doing yourself a serious disservice.

This P.S. was retrieved from Bustle

Resources: I Thought It Was Just Me (but it wasn’t), Brené Brown 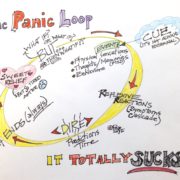 What Happens to My Body During an Anxiety Attack? 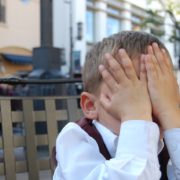 Shame Triggers: How They Bloom 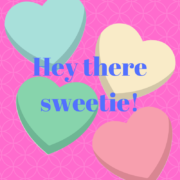 Why I’ll Object You If You Call Me Sweetie 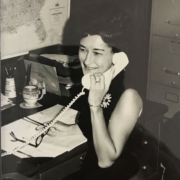 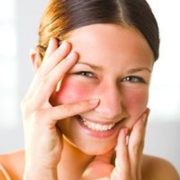 How Do You Control Blushing?

Anxiety Is A Paradox 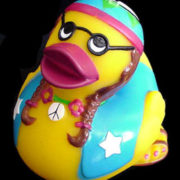 Therapy is really an odd duck of a relationship!

Anger: Do you blow or stuff?

Shame Triggers: How They Bloom
Scroll to top